People are often reluctant to think about, much less plan for, the end of their lives. It’s simply an unpleasant task to make arrangements for the time when we have to, as Shakespeare eloquently wrote, “shuffle off this mortal coil.” And yet, is some regard, it’s irresponsible to leave certain difficult decisions to loved ones or close friends.

For example, when a person dies intestate, that is, without a will, his or her survivors may have no idea how to disseminate the decedent’s estate. Since there is no way to determine the person’s wishes about the fair distribution of his or her property, it is likely to cause either family squabbles, interference by the courts, or both. And yet over half of Americans die without wills.

Of course, when you’re gone, it’s no longer very important to you which relative gets your favorite set of golf clubs. But have you ever thought what would happen if a terminal illness or terrible accident left you close to death, and either unconscious or too incapacitated to let your doctors know what medical treatments you want, or don’t want? Do you really want to leave those decisions up to physicians or others who may not be aware of your values, preferences or religious beliefs? How would your family know what to do, unless you have left some sort of plan for them to follow?

Fortunately, there are ways for you to make your wishes known about how you want your health care to be administered should the unfortunate occur and you are no longer able to make those decisions for yourself. They are called “advance directives.” There are two forms of advance directives that allow you to give a broad range of health care instructions and/or designate someone to make decisions on your behalf when you are incapacitated. They are the health-care proxy and the living will.

A health-care proxy is a legal document in which you designate another person to make any and all health care decisions for you if you are temporarily or permanently unable to communicate or make those decisions because of incapacitation or loss of reasoning ability. More often than not, the person appointed to make those decisions will be a close family member, a friend, a health care agent, or even an attorney. The health-care proxy document goes into effect when a doctor declares that you are no longer able to make any medical decisions on your own.

What is a Living Will?

A living will, on the other hand, is a legal document that dictates what you want to happen in the event that you become permanently unconscious, terminally ill, or otherwise mentally incapacitated. It spells out what medical treatment(s) you would and/or would not want used to keep you alive, as well as other decisions about your end-of-life medical care and treatment.

Who Should Have A Living Will?

The fact is, every adult should have a living will, in order to protect families and loved ones from having to make difficult decisions without truly knowing what an individual might want regarding his or her end-of-life health care. There is simply no way of knowing if and when someone may fall into a coma, or persistent vegetative state; may suffer a severe brain injury, or stroke; or fall victim to dementia or a critical illness that affects mental capacity. And yet, only one in five Americans have procured some form of advanced directive.

And the fact is that it’s not difficult, at all, to obtain an advance medical directive document. Most law offices that deal with estate planning are more than competent to help you devise and draft a living will. Nor is it necessary, or advisable, to wait until you have been diagnosed with a serious or terminal illness to think through your wishes. In fact, it’s much better to draw up your living will while you are still young and healthy and not burdened with the emotional burden that may accompany a somber diagnosis. You can always make changes to the document at any time, should your circumstances or desires change.

Some End-of-Life Medical Decisions Covered in a Living Will

Because of advances in medical technology, there are many ways in which a person’s life can be prolonged. Living wills address these issues, and any or all of them can be spelled out in detail in a living will document:

In addition, in a living will, you can specify if you want any of your organs or tissue to be donated after you die, and what life-sustaining treatment you may be kept on until the procedure is completed.

The History of Advance Directives

The idea of a living will was first proposed by an attorney named Luis Kutner in 1967. His goal was to facilitate “the rights of dying people to control decisions about their own medical care.” His notion was introduced to the Florida State legislature in 1968, by Walter F. Sackett, a doctor and legislator. Sackett’s bill failed to pass that year, and again in 1973.

Meanwhile, in California, a state legislator named Barry Keene introduced similar living will legislation, which did pass in 1976. In the same year, the Supreme Court of New Jersey validated advance directives in a landmark case involving a young woman named Karen Ann Quinlan, who was being kept alive artificially via mechanical ventilation. The court ruled that her father, Joe Quinlan, could make legally binding health care decisions for his incapacitated daughter.

In 1990, the United States Supreme Court heard a case similar to that of Karen Ann Quinlan. In Cruzan vs. Director, the court decided in favor of an individual, Nancy Cruzan, to refuse life-sustaining treatment, even though she had only done so verbally before becoming unconscious.

In 1991, the U.S. Congress enacted the Patient Self-Determination Act which further validated the existence of advance directives in each state. By 1992, all 50 states, as well as the District of Columbia had passed bills to legalize some form of advance medical directive and/or living will.

Today, each state has different regulations concerning advance directives and living wills. Therefore, it is advisable to seek the aid of an experienced and knowledgeable attorney when drawing up any living will or health-care proxy document.

Consulting an Attorney About a Living Will

We stand ready to help you draw up your living will so that you and your family can have peace of mind regarding your end-of-life, health care wishes. Please contact our office for a free initial consultation. 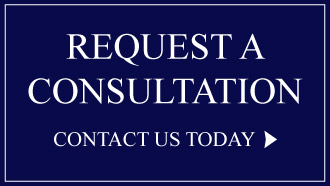